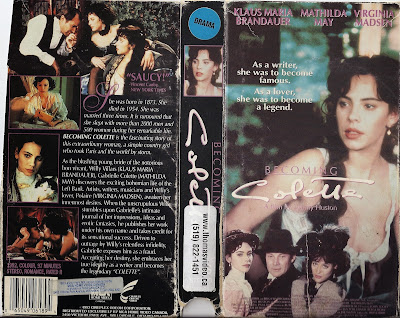 Not applicable. I have not watched this one yet and don't know if I ever will. I mostly bought this just to complete my ever-growing collection of VHS releases from Cineplex Odeon.
Posted by Ryan W. Featherston at 3:50 PM