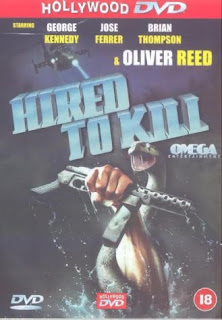 Here's a budgeted British DVD release of Nico Mastorakis's 1990 Action classic Hired to Kill (1990) that sort of got a quiet release in 2002 by a company called Hollywood DVD. Try to picture this as the kind of movie that would be playing on The Simpsons' TV set, as one IMDb reviewer said.

Mercenary Frank Ryan (The Terminator's Brian Thompson in a rare leading role) is recruited along with seven beautiful women to rescue a rebel leader jailed on a Greek Island fortress. Ryan and his fellow female soldiers pose as a fashion designer and his models on tour to avoid any sort of suspicion from the Island's flamboyant dictator (Tommy's Oliver Reed). All I can say is if you manage to find a copy on any format, pick it up. You will not regret it.

Meanwhile, the British DVD has a surprisingly good Widescreen transfer that's properly anamorphic but has only one bonus feature, the film's trailer. The sound quality is on the same level as well. 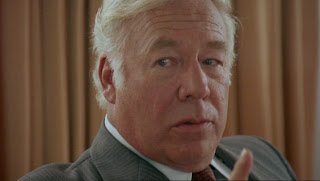 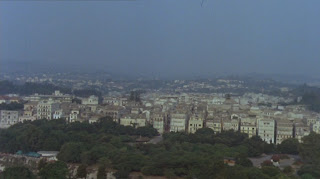 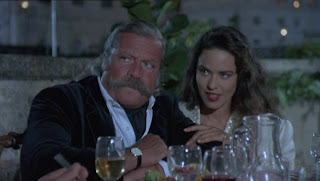 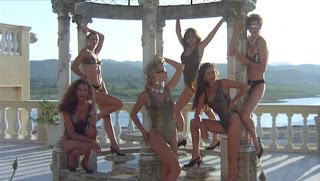 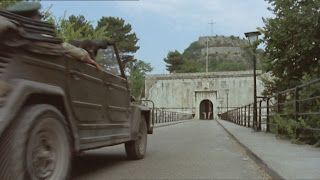 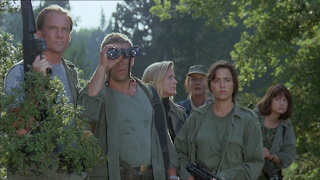 Posted by Ryan W. Featherston at 7:32 PM No comments:

Looks like I finally got the Flash issue with Firefox resolved. At least for now. All I had to do was go into RealPlayer and disable Web downloading and recording. Who would've thought it?
Posted by Ryan W. Featherston at 9:28 AM No comments:

First off, I would like to wish who ever may see this a Happy first of October!

Now onto the second part. I've been a pretty big fan of indie action director/producer J. Christian Ingvordsen for about 2 1/2 years now. Some of my favorites from Ingvordsen include Blue Vengeance, Mob War, Covert Action and The Outfit, which I want to discuss today. I'm not even afraid to admit that I also enjoyed Hangmen and Airboss. But enough of that! Anyway, Ingvordsen's The Outfit (1993) is a really good yet violent gangster movie in the same style as Billy Bathgate or to a further extent, The Untouchables. Some good performances, especially from the main advertised actors, Lance Henriksen (Near Dark, Aliens, The Terminator), Billy Drago (The Untouchables, Cyborg 2), and Martin Kove (The Karate Kid 1, 2 and 3, Rambo: First Blood Part II). Fun fact: The cover makes it seem like Kove's character is a bad guy, when in actuality, his character is a good guy and the boss of our hero of this film, undercover FBI agent Bone Conn played by Chris himself, who reguarly casts himself in his films. One of the flaws I've noticed is some poor editing, but for that alone, I can't help but imagine that some of this film's more violent scenes had to be cut to avoid an NC-17 rating. All in all, fun stuff. 8/10 from me.

Thrid and finally, I've had the original 1993 MCA/Universal Home Video VHS for sometime and more recently obtained the Canadian C/FP Video tape released around the same time. The differences betweent the two tapes are that the U.S. VHS has trailers for How U Like Me Now (1992) and TC 2000 (1993). The Canadian VHS has no previews. The major difference between the two tapes and what the Canadian tape has over the Universal tape is that the Canadian tape can actually be backed up onto a DVD-R for safekeeping, while the Universal VHS, like with many Universal tapes, is copy protected.

The one similarity that the two tapes has is that both tapes are closed captioned for the hearing impaired. 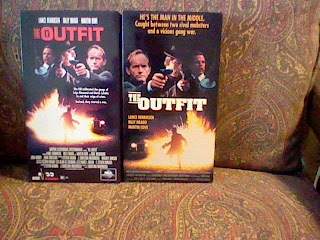 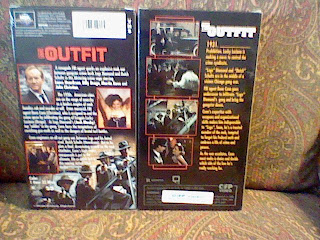 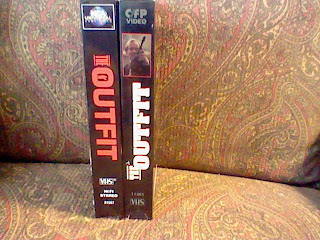 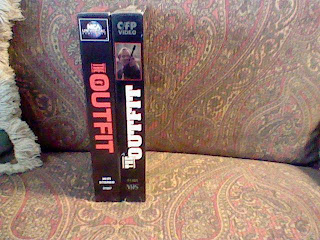 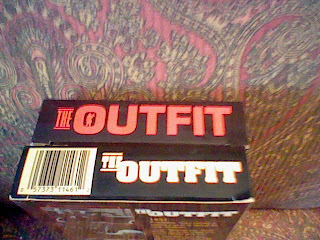 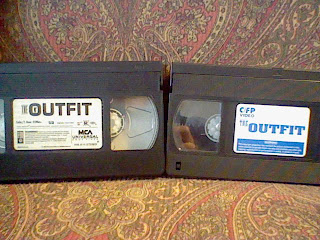 Posted by Ryan W. Featherston at 2:06 PM No comments: